The Olympic Games have come to an end, the glaring lights are out, the smoke has cleared, it’s time for an epilogue. We were part of it, the climbers, for the first time, and together with other alternative sports, we were there for a reason. Tokyo 2020, saw sport climbing make its Olympic debut, alongside skateboarding and karate. According to the IOC’s hope, renegade sports should inject some youth into the lifeless veins of a somewhat dusty concept, countering the trend of dwindling public interest.

First and foremost, I have to say the event was spectacular, the routes were well designed, the athletes delivered on the highest level, the format was exciting, albeit quite confusing, a bit too circus-like, I would even dare to say manipulated.

As a climber of course one looks at the whole show differently than a non-preoccupied spectator. In this context, I wonder how attractive climbing really is for the general public. Did the sport deliver? Was the competition telegenic? We tuned in to other competitions of all flocks of sports, some were just super exciting and attractive to watch, whether these were diving, kayaking, athletics, skateboarding, gymnastics or many other established and new sports.

Many of these events were admittedly presented in a better light with more cameras, high-quality commentary and smart editing. Camera operation and angles at the climbing venue were not always up to the task and expectation, too often zoomed in and focusing on the wrong spot, while missing key action happening right next to it. Compared to the broadcasting of Innsbruck this year there was a big loss of quality, one could certainly have made climbing more telegenic.

The approach to the solution was simply to multiply the ranking positions of each discipline so that the one with the lowest final number wins.

Multiplication versus addition logically has a completely different weighting, which practically catapults a winner of a single discipline into the medal tier, almost regardless of the results in the other two disciplines.

It is to say with a gusto that no other sport has ever done that, no multi-discipline event is using multiplication of ranking to select the best. There are different approaches for example in the decathlon, modern pentathlon, gymnastics, skiing, but in essence, these other sports try to translate performance into points (as opposed to rankings into points), of which their addition creates the leader board.

I am simply claiming that this multiplication construct is a sheer manipulation to give speed climbers a chance at all to qualify or get into a final. When it became clear that at the Olympic Games only one medal would be allocated for climbing, the three independent disciplines of speed, bouldering and lead had to be lumped together. When I heard of this the first time, I immediately asked myself how on earth will a speed climber ever qualify. Well, multiplying rankings is obviously what was produced to give them a head start.

It is rather puzzling why an established sport with 3 clearly different disciplines is not awarded 3 medals from the start. It was said that we only could get 1 medal for a new sport at the Olympics. Why then did skateboarding get to award 2 medals right from the start?

A combined format has such a disruptive effect on our sport. Reminds me of when the Olympics turned windsurfing into a sailing event, with the result that the professional surfers refused to take part and the discipline became a running joke.

Well, all the top climbers took part in Tokyo, despite the unusual format. Athletes who had never climbed a speed wall in their life suddenly had to train speed, and the speed climbers, who had become extremely specialized in recent years, now somehow had to learn bouldering and lead. That can’t turn out well, however much we want to close our eyes to reality in the hope that it will somehow get better. Indeed there is hope, in Paris 2024 there will be 2 medals: one for speed and one for lead bouldering combination. Let’s hope that there will be three medals in LA so that we can return to a sensible format.

However you try to twist and turn it, it is almost impossible to bring these three disciplines under one roof, let alone to compare and evaluate them fairly. The multiplication system of the respective ranking lists is certainly not the best solution.

It may be obsolete, now that it’s all over, wasting time here to look at other formats. Adam Ondra has already moved on, for him his personal record on the speed wall was also the last speed route of his life.

I can’t move on that easily. I need to scrutinize the outcome of another system. As a numbers person, I found the multiplication mode super interesting of course, but on closer inspection not only confusing but also very unfair.

I would therefore like to finish with a mind game in which we try to evaluate the three disciplines differently in order to work out a ranking that is as fair as possible. The speed specialists will most probably be faring worse, plain and simple because they can only really excel in one of 3 disciplines.

In order to evaluate a three-way battle as fairly as possible, the maximum performance in each discipline must result in a similar score. In our model, we use the arbitrary number of 1000. This means that a top athlete in his or her discipline can achieve this number of points if he/she can call up the maximum performance. The points for sub-optimal performance are then calculated linearly in relation to this maximum number. A linear scale of points is not necessarily ideal because improving at the absolute limit requires more effort than improving at the lower end of the scale. But an adjustment that would for example include the bell curve of performances of a given number of athletes would be much more complicated to come up with. Such an approach would need much more groundwork and serious modeling. We have therefore decided to use a linear model for simplification.

We applied these calculations to the men’s final result since this event was way more controversial than the female competition, where Janja Garnbret would have won with any possible format you could come up with.

Finding a representative and comparable scoring system for speed is the most tricky task, especially if you want to keep an elimination format for the final. A format based on time would be much easier and fairer to implement. A lot is mixed up in the process, as Alberto Gines Lopez, for example, won the final even though he only achieved the fifth-best time.

Speed score calculation by time is based on an admittedly biased fixation of a time relative to the actual world record; currently 5.208 sec. For men, we fixed 1000 points for any time under 5.5 seconds, for women 1000 points would be achieved by matching or besting 7 seconds. To evaluate the points achieved the fixed time will then be divided by the actual time and multiplied by 1000. Interestingly, Aleksandra Miroslaw broke the female world record in the Tokyo finals with 6.84 seconds, which, by our model, would have scored her 1023 points.

Applying a score calculation to a ranking by elimination is in itself very biased and totally dependent on how one decides the difference in ranking should translate into points. We decided on a model that produces 1000 points for the winner, with every next runner-up receiving 100 points less. This is of course arbitrary, and for example, a scoring difference of 50 points per ranking place would generate different results. Here is where manipulation could sneak in all too easily.

*Speed times are given as their fastest time recorded in the final. Some athletes had more records than others.

Since the bouldering final only had 3 problems we split the 1000 points by setting a maximum score of 330 points for each problem. This would achieve a maximum of 990 points if all 3 problems are flashed. 20 points are deducted if the problem is not flashed. The zone will score 100 points. Since reaching a top automatically includes the zone, these two milestones are split by 100 points for the zone and 230 points for the top, which then results in combined score 330 points for the problem if flashed. This scoring model is consistent with the practice in the climbing world cup of classifying 1 top as more valuable than 3 zones.

A more refined model would be to deduct points for each try to top and zone an athlete has. This would allow to break down the obvious gridlock, which is often a result of routesetting (problem 1 was too easy, problem 3 was to hard so that scores were very similar).

Since the lead final is 1 route, we set the score of 1000 points if the top is reached. Based on the average of 45 hold on a lead wall route, we can determine a score as 1000/45 holds = 20 points per hold. We then can apply this value per hold counting down from the top, so the 2nd last hold has a score of 980 points, the 3rd last hold has a score of 970 points, and so on. 10 points are added for a positive move from the last hold reached (as shown with a + in the Olympic results).

Applying this model, in the men’s final Jakob Schubert would have achieved 1000 points, Alberto Lopez with 38+ would have gotten 850 points.

The Olympic method of multiplying the ranking of all 3 events results in Lopez taking gold, Coleman receiving silver and Schubert claiming Bronze. When we sum the scores using the points-based approach we come to a very different conclusion.

The results from Model A with only measurable results and not using ranking to calculate scores the ultimate winner would be Coleman, silver would have gone to Schubert and Duffy would take the bronze. Lopez’s final score earned him 6th place.

In the hybrid Model B, where we would reluctantly allow scoring via speed elimination to define the ranking, there is also a new winner: Narasaki takes gold, Lopez earns silver, while Ondra wins bronze.

Perhaps these alternative scoring systems just muddy the water or perhaps they draw more questions than answers. At the very least we believe there is a need for more open discussions on how we weigh an athlete’s performance so that it is fair in relation to dedication, experience and talent.

As mentioned, the Paris 2024 format already promises to split speed from lead and boulder, and perhaps, much like the athletes have done, we should focus on the positives and celebrate the showcasing of the sport we love and commend the talented individuals who have risen to the upper echelons of their disciplines. Tokyo 2020 was a starting point and hopefully a bridge to bigger and better things. 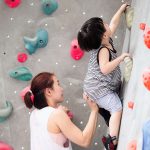